I posted an updated analysis of Stern Acceptance rate for GPA vs. GMAT on this page.

NYU is currently ranked 10th by US News and World Report for full-time MBA programs and is tied for the 3rd highest average GMAT score. I expected to see Stern prefer GMAT over GPA, but that is not what I found. 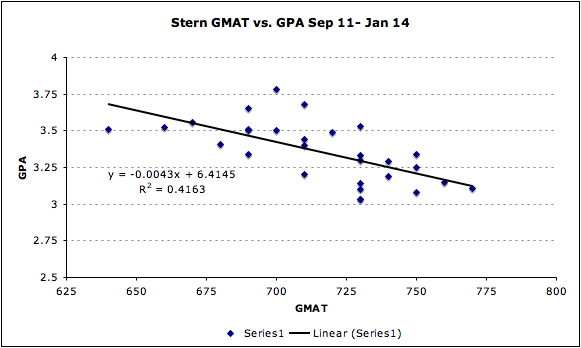 It turns out that Stern has by far the smallest slope of any of the other schools I have looked at so far. The .0043 slope means that Stern would view a candidate with a 800 GMAT and 3.00 GPA similarly to one with a 700 GMAT and 3.43 GPA.