The Columbia MBA acceptance rate is on the higher side for a top 10 school, at around 18%. Despite the deceptively high acceptance rate, Columbia is still a tough school to gain admission. I built a predictive model which can give you some insight into what the Columbia Business School admissions committee is looking for in applicants. 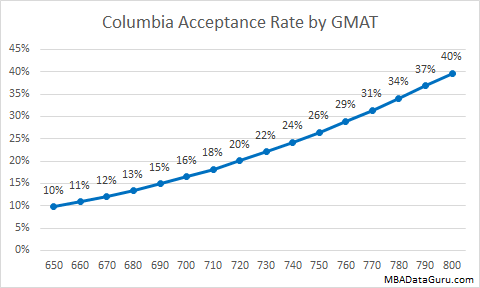 As expected, Columbia MBA acceptance rate increases as GMAT rises. The average GMAT score is an impressive 719. Increasing GMAT score by 100 points from 650 to 750 increases odds of acceptance by 140%, which is a bigger benefit than MIT.

Surprisingly GPA has little to no affect on acceptance rate at Columbia. The average GPA of Columbia applicants is 3.49 while the GPA for those admitted is almost unchanged at 3.51. Stanford is the only other school where GPA doesn’t matter. For those of you out there with a low GPA and high GMAT, Columbia is a great school to apply.

Columbia MBA Acceptance Rate by Round 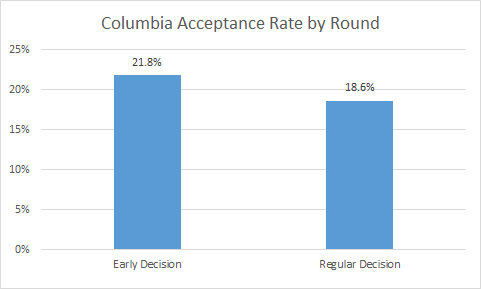 The round you apply in impacts Columbia MBA acceptance rate. At CBS, if you apply during Early Decision then you are forced to enroll if accepted. Columbia seems to be worried about yield for accepted students if they are forcing applicants to choose them. If you are serious about Columbia then consider applying Early Decision because you have a slight edge otherwise you might as well wait for regular decision. Columbia is actually rolling admissions, so the sooner you submit your app the faster you get your decision. 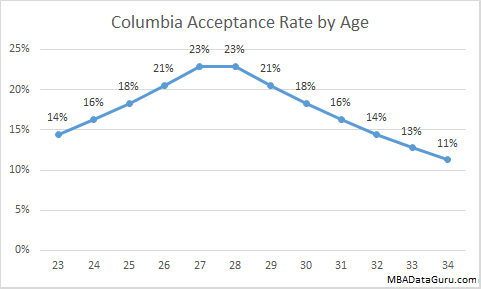 The age at which you apply has a strong impact on your chance of admission. The best time to apply is when you are 27 or 28. The further a candidate is from the average age, the lower their chance of acceptance is. I believe that this is because candidates with around 5 years of work experience have worked long enough to impress potential employers and contribute to classroom discussion while not being over qualified for on campus recruiting positions. Duke, Cornell and Booth all have a similar age effect. 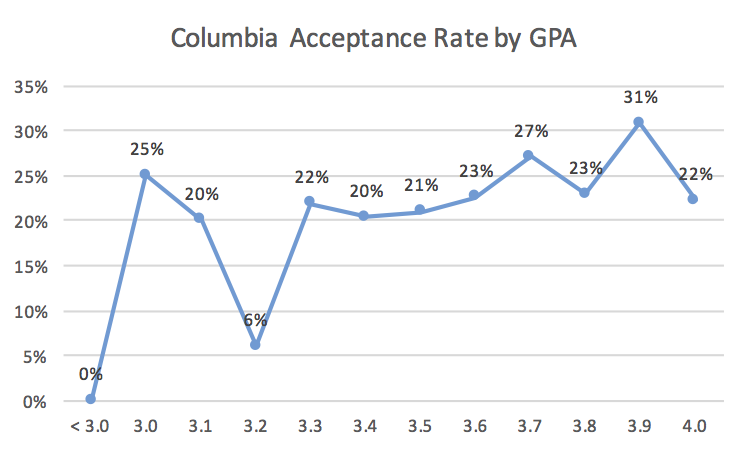 CBS Interview Invite Rate and Acceptance Rate by Round 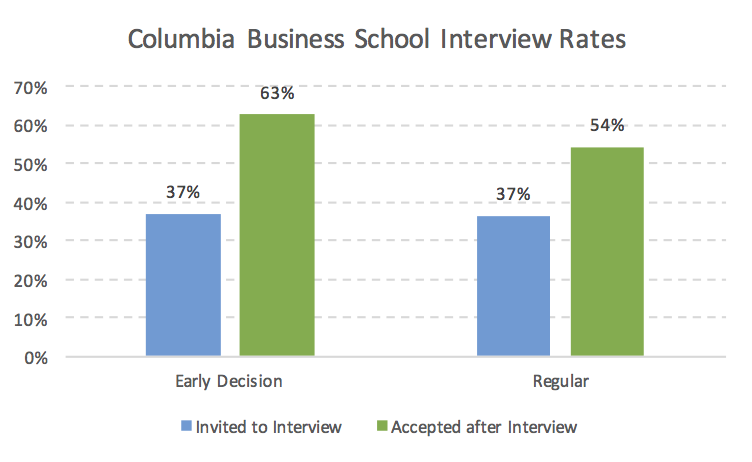 The data for this post comes from GMAT Club.