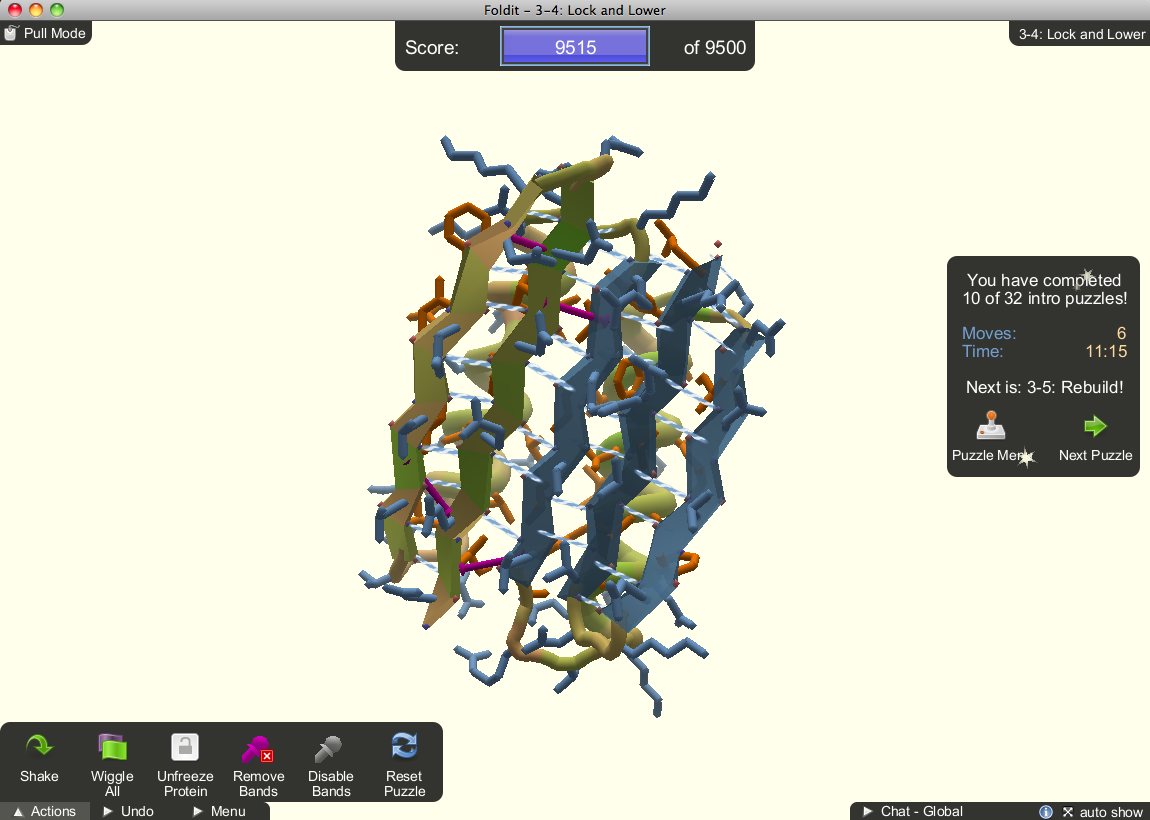 What is Protein Folding

Proteins folding can be used to help understand how the body works and assist in finding cures for diseases such as HIV and cancer. Solving protein folding is an incredibly complicated problem and requires expensive supercomputers. Interestingly, human intuition is actually better at solving these complex problems than supercomputers. Researchers at the University of Washington decided to tap into the power of the human mind to solve these problems. The researchers turned protein folding into a game. Players score points for finding the best way to fold a protein.

In three weeks the gamers were able to solve problems that researchers had been working on for ten years. They helped to find targets for drugs to neutralize the AIDs virus. 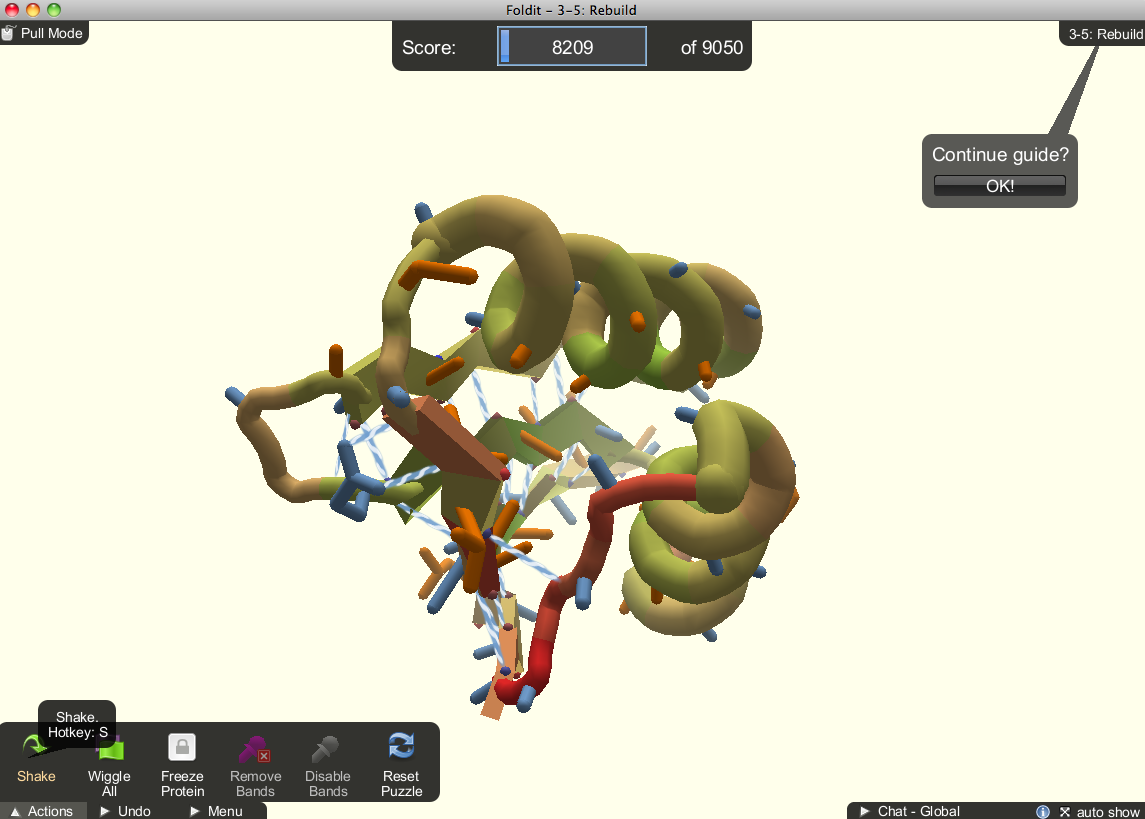 I downloaded and played Foldin. It is an extremely unique game. I actually really enjoy it. It gets difficult quickly. I finished the first 10 levels without major problems but am getting stuck on the 11th. In order to beat a level, you need to reach a target score. If you are really close to the target but can’t quite get there, it is really frustrating to start over. I don’t think I have solved any diseases yet because I am still on the 32 introductory levels that teach you the game.

2 thoughts on “Protein Folding and Gamification”