Kenan-Flagler is University of North Carolina’s business school. UNC has five programs including a full-time MBA, various executive MBAs and an online MBA program. UNC’s MBA program is currently ranked 18th by US News and World Report. The UNC MBA class of 2017 has an average GMAT of 710 and GPA of 3.4. I built a logistic regression to predict an applicant’s chance of admission to UNC, here are the insights I gained from it. 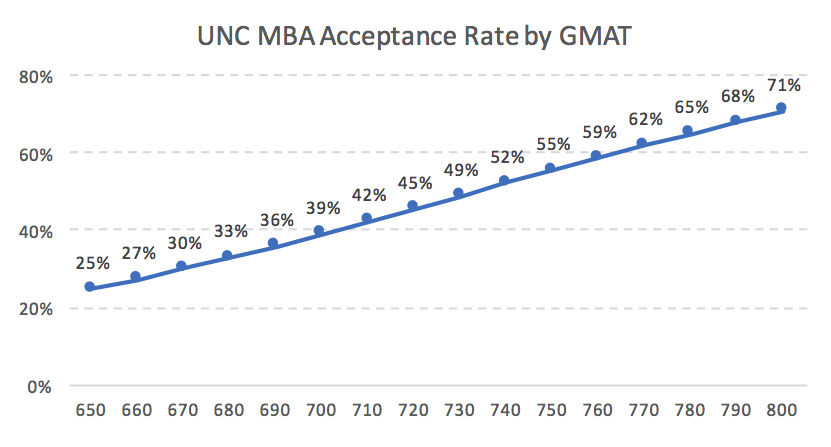 GMAT has a very high impact on acceptance rate at UNC. Increasing your GMAT by just 50 points from 650 to 700 increases your chance of being accepted by 56%. 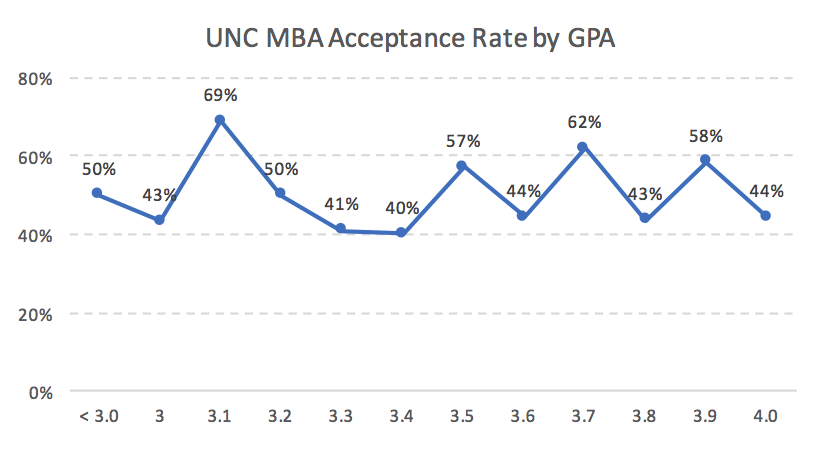 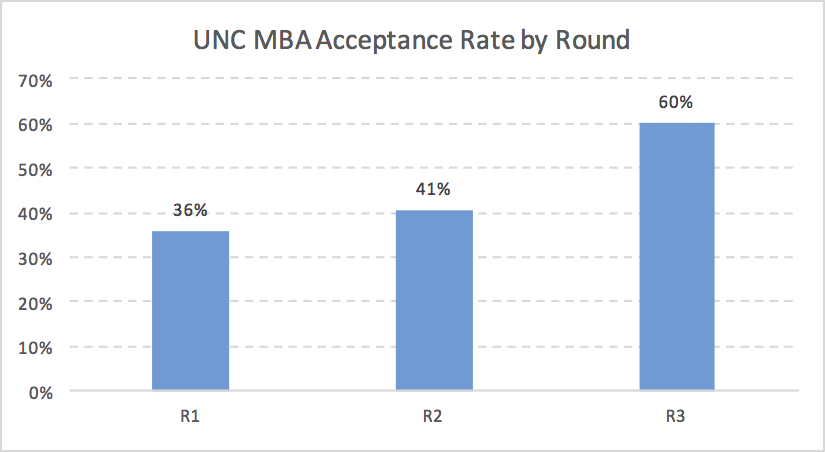 I was very shocked to see that acceptance rate was so much higher for round 3 than for round 1 and 2. I looked at the GMAT and GPA to see if that explained the difference and it did not. Round 3 applicants had the lowest average GMAT and GPA.