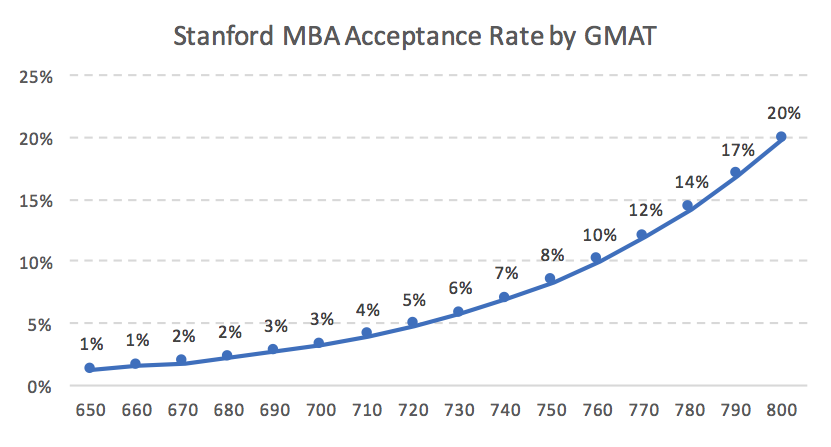 GMAT is very important when applying to Stanford’s business school. When an applicant increases their GMAT by 100 points, from 650 to 750, they increase their chance of admission 8 fold. Average GMAT is over 730 points, which means an applicant must have a GMAT north of 750 for an acceptance rate in the double digits. 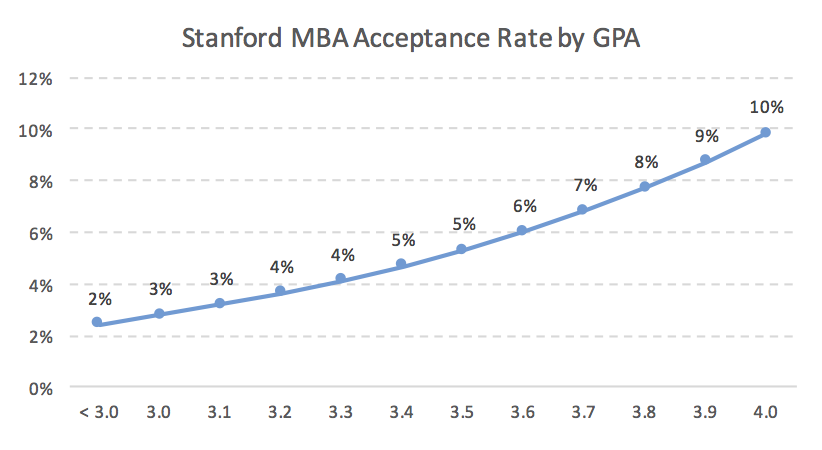 My new analysis demonstrates that GPA is actually important when applying to Stanford GSB. The average GPA of a Stanford applicant is 3.56. Each “.10” increase in GPA raises acceptance rate at Stanford by approximately 1%. 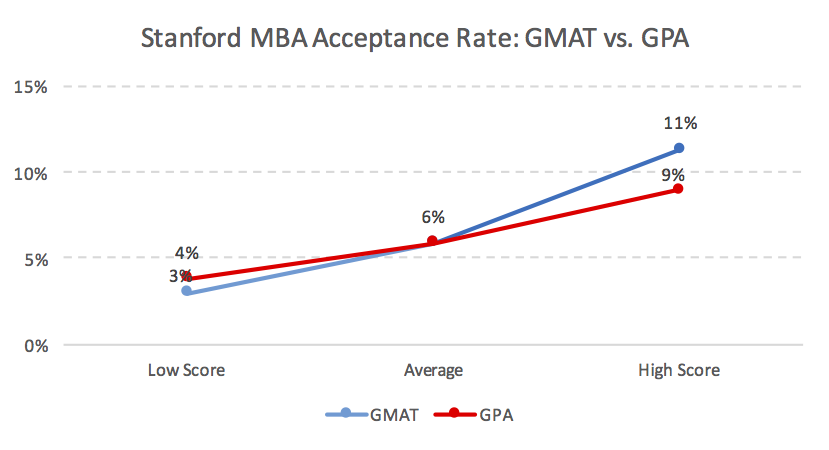 Although both GMAT and GPA are important factors that influence an applicant’s chance of admission to Stanford Graduate School of Business, GMAT is more important than GPA. A high GMAT increases acceptance rate at Stanford by 5%*. On the other hand, a high GPA only increase acceptance rate by 3%. 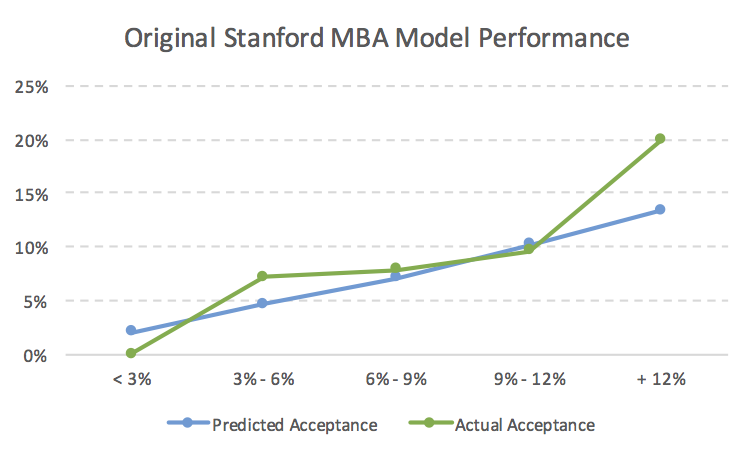 Although the graph above looks like it does a good job of predicting the acceptance rate at Stanford. The results are deceptive because almost all of the population fall into the 3% – 6% or 6% – 9% groups, which have little separation.

The new model clearly shows significant differentiation, with the exception of the 6% – 9% group. The biggest problem is that the 6% – 9% group has an acceptance rate that is over estimated and the above 9% population is under estimated. The main difference between the original model and new model is the distribution of predictions seen below. 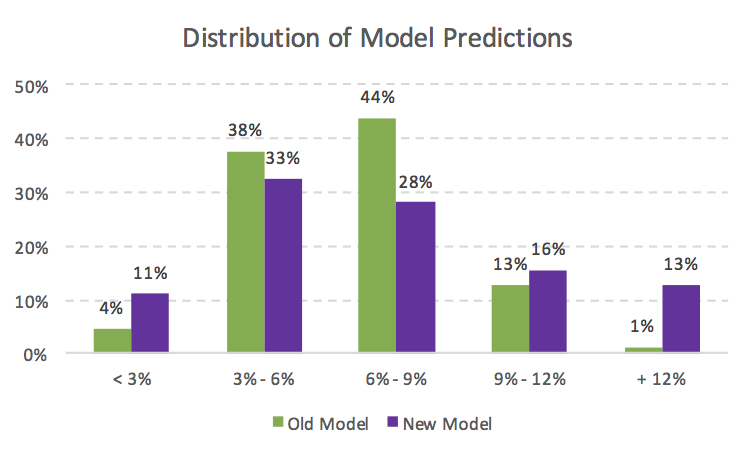 In the original model, 82% of all applicants  fell into the 3% to 9% range with only 5% of applicants below 3% or above 12%. The new model has a much more even distribution of applicants. The number of low and high acceptance rate applicants has increased from 5% to 24%.

Data used to create this post came from GMAT Club, which is one of the best websites for preparing for the GMAT.