The interview is a crucial component of the MBA admission process. All top full-time MBA programs interview applicants before admitting them. Generally the MBA admissions committee is looking for two things during the interview, that you fit the culture of the school and that you have the emotional intelligence to succeed at business school. I have already looked at MBA Interview acceptance rate by itself. However, I always wondered when applying to business school if all applicants are considered equal after they have been invited to interview or does the rest of the application, like the GMAT and GPA, still matter. It turns out that it matters at some schools and not at others. 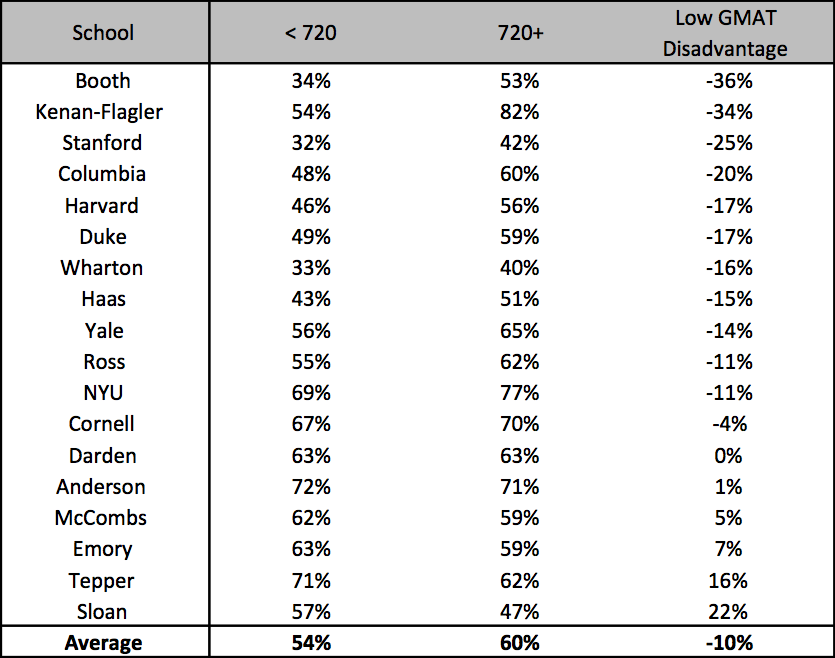 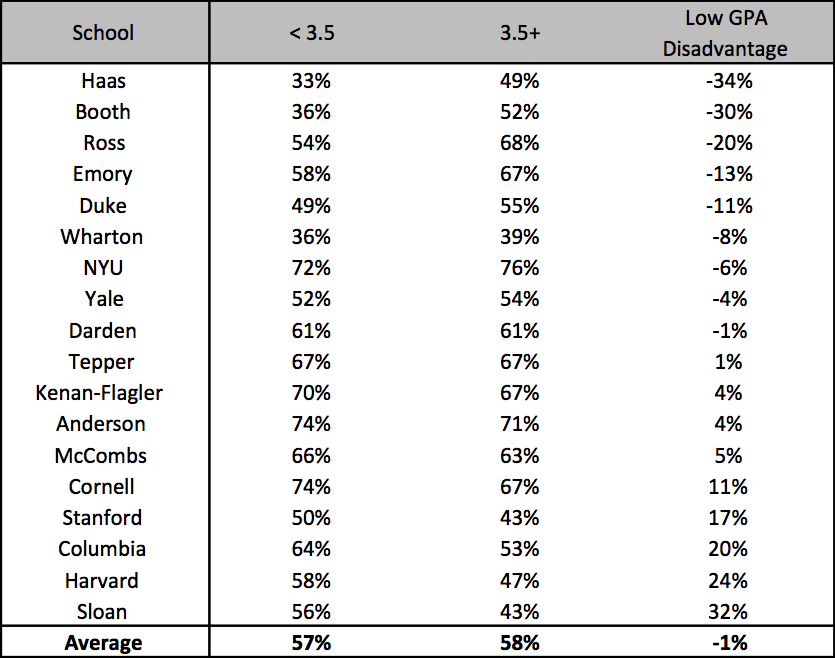 My take away from this analysis is that some schools place a lower weight on interviews while other schools place a higher weight on interviews. If you are applying to Booth with a high GMAT and GPA then you probably don’t need to stress the interview too much. On the other hand if you have a low GPA and GMAT and are applying to Sloan, you should prepare as much as possible for your MIT MBA interview because they take their interviews much more seriously than other schools.

If you are preparing for business school interviews, check out my MBA interview preparation guide.

The data for this article came from GMAT Club, one of the best websites for GMAT preparation.

6 thoughts on “MBA Interview Acceptance Rate by GMAT and GPA”