This article will analyze the model I built to predict INSEAD acceptance rate. INSEAD is a graduate business school in France, near Paris. It has two additional campuses in Singapore and Abu Dhabi. In addition to the MBA program, INSEAD also has an Executive MBA, Masters in Finance and a PHD in Management. Unlike most business schools in the US, INSEAD’s full-time program only offers a 1-year MBA. INSEAD students can either start in September or January. The January start is a 12-month program for students who would like to do an internship. The September start is a 10-month program. INSEAD prides itself on being a global business school, thus, it requires applicants to speak two languages fluently before being admitted. In order for a student to graduate, they must speak three languages. On average, INSEAD MBA acceptance rate is 31%. The average GMAT is 703 and the average GPA is 3.5. 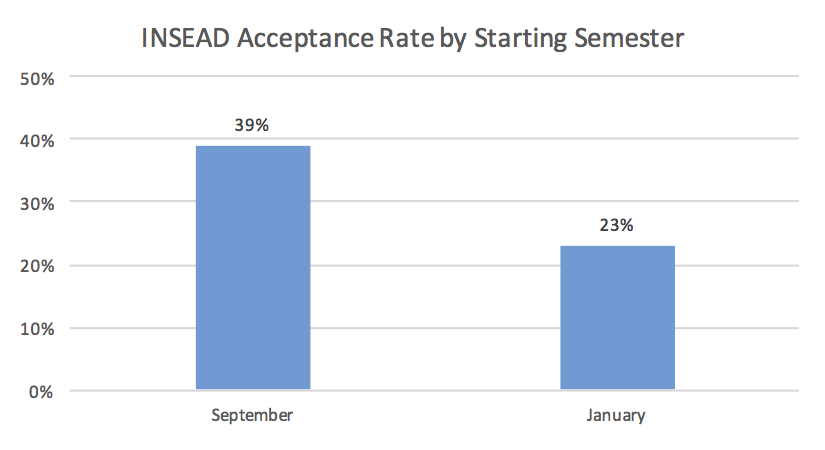 Similar to Columbia, INSEAD has two start options. Since many MBAs are hoping to use their MBA to transition into a new industry, there is much more competition for the January start because it allows for an internship during the summer. Since fewer people apply for the September starting semester, their chance of admission is 70% higher than that of the January applicants. September INSEAD applicants have a 39% acceptance rate compared to only 23% for January applicants. 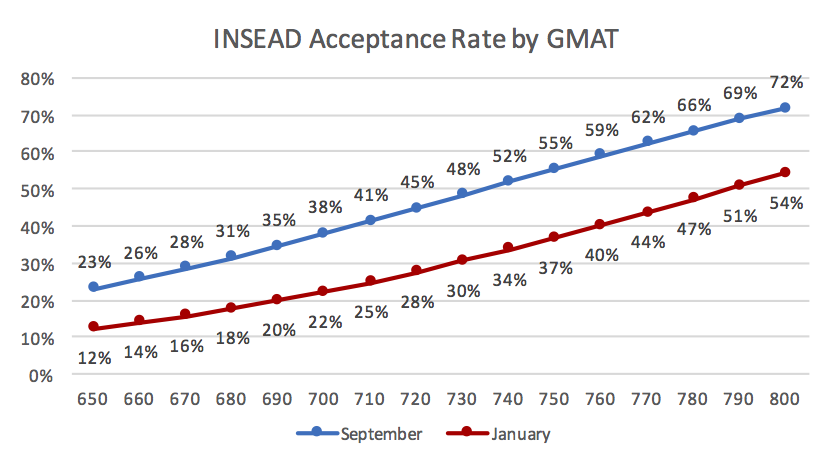 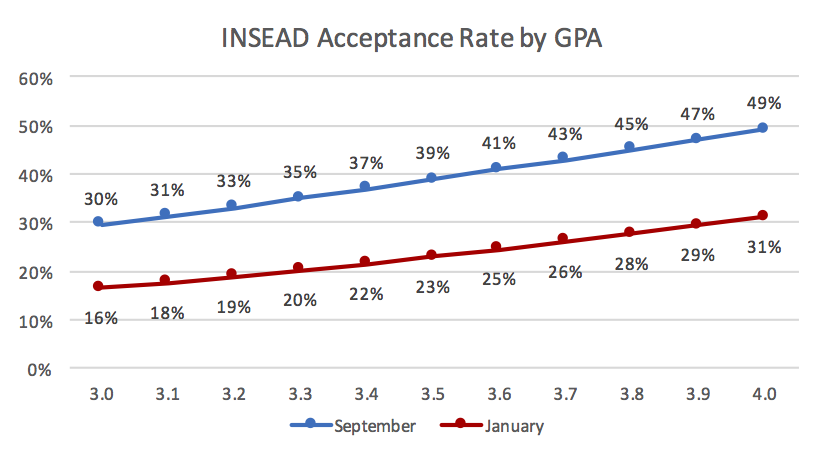 A high GPA can increase your odds of getting into INSEAD. Both start semesters get a healthy boost in chance of admission from a high GPA. Interestingly, a January applicant with a 4.0 has a similar acceptance rate, at 30%, as a September applicant with a 3.0. 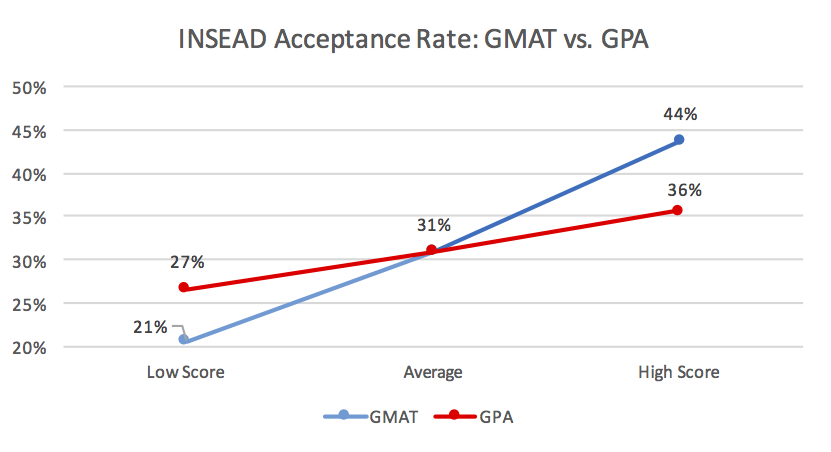 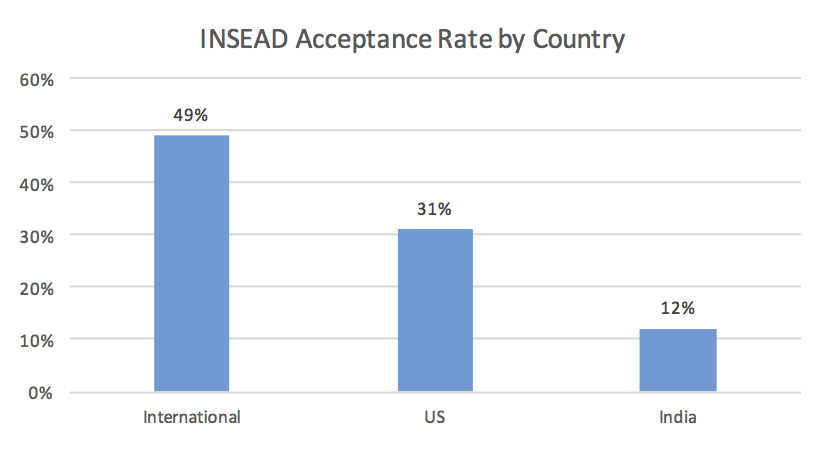 The data I used to create the INSEAD model came from GMAT Club.