Most elite American business schools brag about how internationally diverse they are. Although American business schools try to make sure they have students from all over the world, the reality is that there are winners and losers. Applicants from some countries have an easier time than others. In this analysis I calculated the MBA acceptance rate by country and region for American MBA programs.

The regions that have the highest acceptance rates are the Middle East, Europe and Latin America. If you limit Europe to the large western countries such as England, France, Germany, Italy and Spain, then the acceptance rate for Europe jumps to 31%. The USA has a slightly higher acceptance rate than average. On the other hand, Asia, Australia and India are all at a significant disadvantage when applying to business school in the United States. 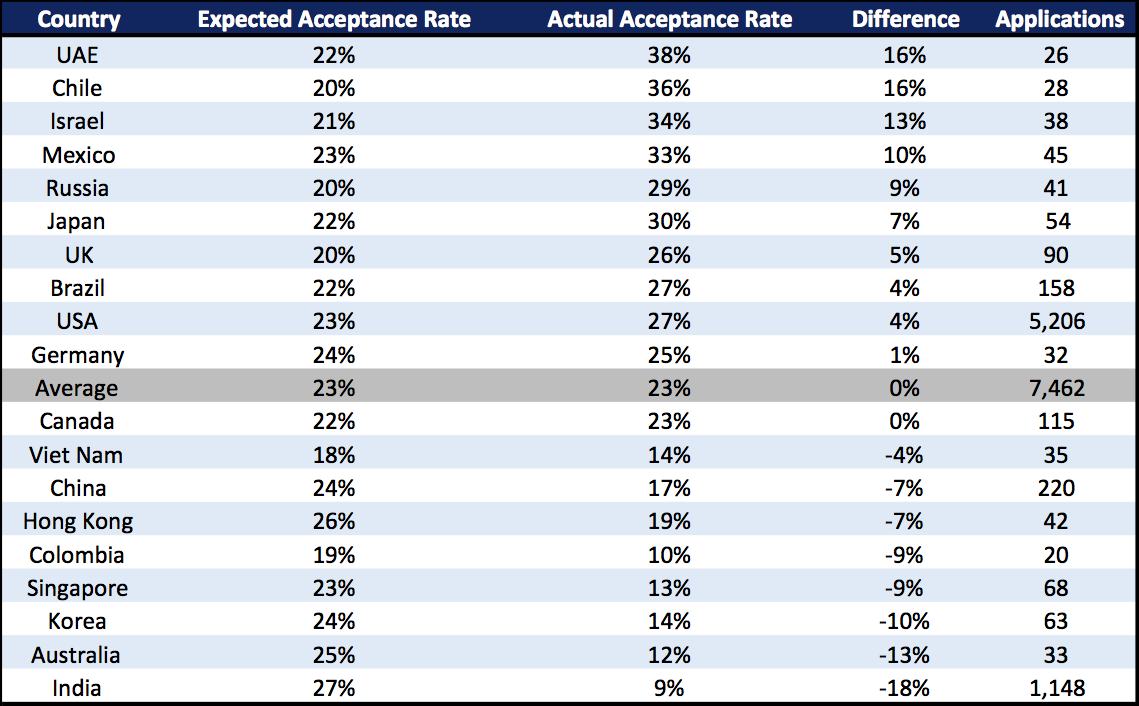 Viet Nam, China, Hong Kong, Singapore and Korea all have acceptance rates that are below average. The only Asian country with a high acceptance rate is Japan. Given that Asian acceptance rates are so low, I would recommend using the help of an admissions consultant if you are applying from one of these countries.

The data for this analysis came from the GMAT Club forum. If you are looking to increase your GMAT, check it out.